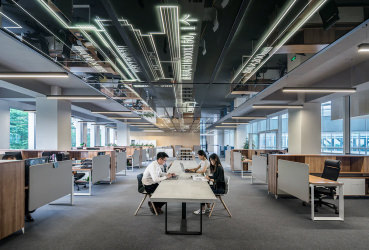 We believe that the next generation of Video Games are Social and Cross platform. The games will bring entertainment over years and will create communities that transcend into the real world. Tomorrow’s successful games must have a low entry barrier and if they go viral, they will attract close to 1 billion players eager to spend time in these massive multiplayer environments.

In parallel to the development of our core technology we at Unordinal are also developing a few MVP games. These MVP games will never be launched to the general market, instead they serve as templates to other game studios to demonstrate how our technology can be deploy to unlock a new dimension of scale in multiplayer game, they also serve as an internal test bench in our development and thirdly (a bit unexpected), they are also very fun to play and we are finding ourselves spending a bit more time than scheduled “testing” these games.

During our development of these games we are however observing a total lack of suitable tools for MP development. The core team at Unordinal are all seasoned developers with experience of shipping B2B and B2C products – and we are all taking a lot of dev tools for granted, such as: quick local development environment with good visibility, a good CI/CD pipeline, and automated tests – just to name a few. But when non of these tools are available on the general market for multiplayer game development.

Trying to address this problem we propose to co-develop better tools and thus unblock all the creative minds to focus all their energy on developing new fantastic multiplayer worlds, Download our proposal

Why are there no such tools for smaller studios?

Our friends over at the AA and AAA studios are telling us about how their internal tools have matured the years and how they empower the engineering teams to build faster.

But the absence of good MP development tools are exposing studios obstacles that are blocking creative minds from building great multiplayer games.

Taking a look at the ecosystem its easy to see how these tools would bring value to both small and large studios. They would also serve as an enabler of best practice for multiplayer development. The tools could also be a one click integration with cloud deployment.

With this analysis one can see how these tools would bring strategic value to both the game engines as well as the cloud providers.

We at Unordinal have identified more than a dozen features that are critically needed for MP development. Let’s list just 3 of them:

Instead of finding suitable and good off-the-shelf product on the market – we had to implemented solutions to these problems inhouse.

Our question to the community, are there other game studios out there that lack good tools for multiplayer game development?

So, let’s say I want to make a multiplayer game. As a developer, there are so many things to think about during development: designing and programming…

We’re building a couple of demo games to demonstrate our technology for multiplayer game servers. We use Github for hosting …